Metrics like- Scalability, speed, response time, reliability, and usage applications are put to test during the performance testing of an application!

Therefore, when we talk about performance testing, the two most commonly used software tools that come to our mind are – LoadRunner and JMeter.

Do you want to discover a smart and efficient way of choosing a performance testing tool?

Then skim through this JMeter vs LoadRunner article till the end!

Major Points of Difference Between LoadRunner and JMeter

Both JMeter and LoadRunner are used for quality assurance testing by software developers. However, there are some critical differences between the two that is imperative to learn.

The difference between the software tools JMeter and LoadRunner comes down to two major points – Price and Use case.

JMeter (owned by Apache) is accessible as open-source software. You can easily download JMeter from its official website. LoadRunner on the other hand is a paid software tool by Hewlett Packard (HP).

Individual software developers often choose Jaeger for benchmarking and software performance because it is free whereas business enterprises opt for the paid version of LoadRunner to detect any bugs in their web applications.

The next big difference between LoadRunner and JMeter is the platforms that are supported by them individually.

You can use the JMeter software to run on any of these platforms – FTP server, HTTP, Pearl Scripts, Database queries, Java objects, SOAP, and much more!

JMeter and Loadrunner also differ from each other in terms of their performance and user interface.

Because it is open-source software, JMeter has a slightly glitchy interface and has fewer features when compared to the Loadrunner software.

Recommended to Read:- Most Popular Tools for Automation Testing

Lastly, the JMeter software testing tool has a major advantage over LoadRunner in terms of customizations.

The former open-source software can use to create customized samples whereas LoadRunner cannot. As a user, you will be able to add your desired elements to the thread group with just a simple click of a button!

Recommended to Read:- How to Create Test Plan Using Jmeter

From individual software developers to skilled business enterprises, all are making a switch from LoadRunner to JMeter!

JMeter is an open-source software performance testing tool that allows you to make use of all of its abilities for free! Unlike LoadRunner, it is capable of handling a much larger audience of virtual users (up to 1,000) and helps you close your business targets much more quickly!

Switch to JMeter today and watch your business enterprise climb the ladder of success effortlessly and at zero virtual cost!

LoadRunner owns by Hewlett Packard whereas JMeter is owned by Apache.

JMeter can support up to 1,000 virtual users whereas LoadRunner supports a maximum load of 50 users at a time.

JMeter is better due to – open-source software, better user interface, ability to pair with multiple platforms, enhanced customizations, and no need to know how to code! 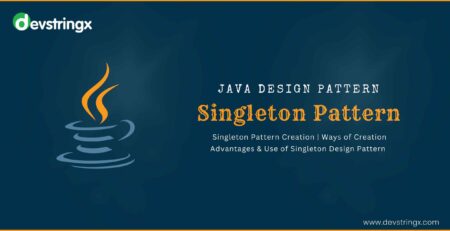 How Does Shadow DOM Work? – Devstringx

If you’ve ever created or worked with HTML elements inside JavaScript, you’ve probably noticed that your HTML elements don’t [...] What is the Windows Subsystem for Linux? There are various ways and multiple applications to run multiple operating systems in [...] Listeners Listeners additionally allow customizing the take a look at logs or reviews in step with undertaking requirements. Selenium the [...] What is HTML? To get a better understanding of HTML Injection, firstly we should know about HTML.  HTML is a markup [...] What is a Clickjacking Attack? Clickjacking is a security testing type of attack that finds tricks to trick a user [...] In this blog, we will learn how we can fetch data from images and PDFs. This Blog Contains:Read Text From [...] How to set an app password and verify the email of the logged in users into an application? – Devstringx

Do you know how to generate the app password and verify the email for required actions like user log-in, [...]