Home » Blog » What Is a Grey Box Testing? – Devstringx

What Is a Grey Box Testing? – Devstringx What Is a Grey Box Testing? – Devstringx

What Is a Grey Box Testing?

Grey box testing is often the recommended testing method because it strikes a good balance between the efficiency of black box testing and the depth of white box testing.

Next, let’s look at the different types of gray box testing.

Matrix testing allows developers and testers to determine which variables to use in their applications. This technique is also useful for identifying duplicate and obsolete variables.

A regression test is a type of software development test run after a product has been modified to verify that the software works as expected. Software upgrades perform regularly and regression testing ensures that these updates and changes do not cause issues with other parts of the application.

These tests involve examining older software versions to identify patterns that lead to bugs or defects. You can use these vulnerabilities to identify and prevent similar issues in new versions of your application.

Recommended to Read- What Is White Box Testing?

What will the grey box test be used for?

A grey box test should test many important aspects.

The Purpose of the Grey Box Test

The purpose of grey box testing is to combine functional and non-functional testing to improve product quality and save time and lengthy application testing processes.

Another goal is to test the application from the user’s perspective, not the designer’s, and to give developers enough time to fix bugs.

When deciding to use a grey box test, consider the following pros and cons: It helps to determine whether the grey box test is appropriate for the test situation and the value it can provide.

Gray box testing techniques are designed to perform application penetration testing. These technologies allow you to test both internal threats (employees trying to work with your application) and external users (attackers trying to exploit vulnerabilities).

Grey box testing allows authenticated users to run the application as intended. It can also prevent malicious users from accessing data or features they don’t want to access.

If the grey box tester understands and has access to an error code table that includes the reason for each error code, it can analyze the error code to further investigate the cause. Suppose the web page received the error code “Internal server error 500”. The cause of the error indicates in Table Server Errors.

Using this information, testers can investigate the problem further and provide more details and explanations to the developer.

When testing a website, if the tester clicks on a link and receives an error message, the gray box tester can modify the HTML code to verify the error.

Because it includes both black-box and white-box testing strategies, grey-box testing is quite helpful. The web-based applications, functional testing, and domain testing are better suited for this testing approach. Gray box testing test cases are created for every area, such as security, database, browser, GUI, and so forth.

Compared to other testing methods, this one is more sensitive to complicated scenarios. Instead of using source code or binaries, it is constructed from functional specifications.

Our Software Test Engineers have written some other detailed articles on software testing you might find of interest:

What Is Smoke Testing with Example? 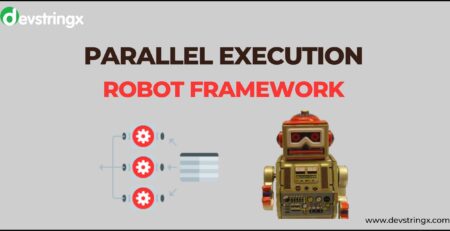 Table of ContentsHave You Ever Considered The Prime Motto of Software Development? What Is Regression Testing?What Is Retesting?What would [...] Table of ContentsHow Does Selenium Grid Work?Why Should a Person Think About Utilizing Selenium Grid?How Exactly Does the Selenium [...] White Box Testing : Everything You Need to Know – Devstringx

If you’ve ever written or read code, chances are you’ve seen examples of white box testing or clear box [...] What is Contract Testing? The contract is a common term used to describe the document which is shared by 2 [...]